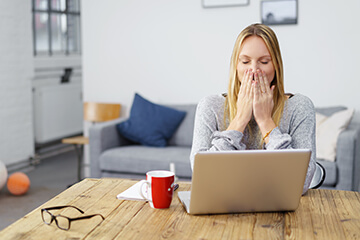 Platforms like Facebook, Twitter, Instagram, Snapchat, and more are used by millions of people across the globe every single day. While they’re crucial to our personal relationships, they also provide businesses with a direct channel to existing and potential customers.

Of course, given the sheer amount of companies vying to make their mark, promoting your business on social media a challenge. You have to stand out from the crowd and ensure you engage prospects as much as possible in a fiercely-competitive marketplace.

However, in your rush to attract attention and save face, your business may well stumble into a mistake that brings you to the attention of social-media users – for all the wrong reasons.

Not only can this be problematic at the time it occurs, it also has the power to affect your reputation in the long term.

Which social media mistakes should your business avoid? Let’s look at four …

Without a doubt, failing to respond to users’ comments is a sure-fire way to attract negative attention.

Customers now use social channels as a way to contact companies’ support teams, rather than calling a premium-rate number or typing out a lengthy email. According to a report into social-media’s role in the business-consumer relationship, 67 percent of Twitter users have contacted a brand for help, approximating more than 200 million people.

Of this group, 53 percent expect to get a response within an hour, but a staggering 58 percent questioned received no reply whatsoever.

This is totally unacceptable. Not only does this show a lack of respect for the user contacting you, potentially chasing them away, it also paints a negative picture for others bearing witness.

Be sure to respond to both negative and positive comments as soon as possible. In your company’s early days, you may be responsible for managing your own social feed.

In time, though, you should hire people solely for this. Out of office hours, numerous people within your brand may represent your brand, provided they’re briefed on the appropriate tone and voice.

Your social channels should never become a thinly-veiled series of sales pitches. While there’s nothing wrong with promoting your own products and/or services around 10 percent of the time, you should avoid hitting prospects around the head with adverts.

Stick to posts that say something your average user will likely find interesting, funny, or moving. Share content you have created, as well as those from other (non-competing) sites. Keep your followers engaged by treating them like people rather than thoughtless consumers.

That well-worn cliché ‘there’s no such thing as bad publicity’ might have some truth to it, but it definitely doesn’t apply to social media.

Trying to be controversial is a quick and easy way to attract attention, but you’re unlikely to reap the rewards you’re expecting. Social media gives everyone a voice, and if people are disgusted by your opinion on a particular topic, they will tell you.

The last thing you want are feeds filled with vitriol and threats. Err on the side of caution when approaching sensitive subjects.

Your posts have to be visually-appealing, or you risk being swamped in the endless stream of pictures, videos, and GIFs in circulation.

Using images and videos in your posts is crucial. Research shows that content with images fare better, with picture-based Facebook posts attract more than double the engagement of those without pictures.

As an entrepreneur, I know just how important it is to build your brand to last, rather than chasing quick results. Social media has revolutionized the way in which businesses interact with their target demographics, but it demands care and ongoing commitment.

Following these four tips will help you attract the users you want, drive traffic to your site, and lead to greater visibility. Give them a try and see!